I Can See the Holocaust from My House

Romney in a Landslide, if the election is fair 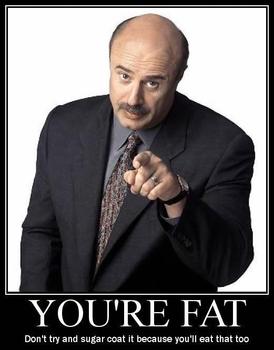 (found this on the net, don’t blame me)

So I was minding my own business of late so was out of the loop with this whole Jennifer Livingston business.  I find this ironic, because the whole thing is going on in my own geographic area and it touches on a number of issues that rile me up.

A local news anchor (Jennifer Livingston) received an email.  Here is the text:

It’s unusual that I see your morning show, but I did so for a very short time today. I was surprised indeed to witness that your physical condition hasn’t improved for many years. Surely you don’t consider yourself a suitable example for this community’s young people, girls in particular. Obesity is one of the worst choices a person can make and one of the most dangerous habits to maintain. I leave you this note hoping that you’ll reconsider your responsibility as a local public personality to present and promote a healthy lifestyle.

Her husband, a fellow news anchor, posted it on his Facebook page.  (Note, it is not usually wise to send incendiary comments to people who can distribute them widely in a flash).

There was an outcry in support of Livingston, with a few people here and there siding with the original emailer.  It’s gone national now, which is why you are here reading this.

I heard mention of it on my local radio station (WZIM) but it was my wife that shared the first details.  As soon as she did, I said, “I bet you anything it was a liberal concerned about the obesity epidemic.  No doubt he was concerned about the high costs to society these people represent.”  And then my wife forwarded the gentleman’s response:

Given this country’s present epidemic of obesity and the many truly horrible diseases related thereto, and considering Jennifer Livingston’s fortuitous position in the community, I hope she will finally take advantage of a rare and golden opportunity to influence the health and psychological well-being of Coulee Region children by transforming herself for all of her viewers to see over the next year, and, to that end, I would be absolutely pleased to offer Jennifer any advice or support she would be willing to accept. — Kenneth W. Krause

As soon as I heard the name I knew I recognized it.  Of course, Kenneth Krause.  He’s had some things in the local paper.  He was at least a blip on my radar.  I believe it was his reading group that sat down near my table in the local Barnes and Noble and began to say the things that “socially concerned” atheists like to say.

So the guy is a raving secular humanist, so what?

Right now, the discussion over his comments to Livingston have been seen through the prism of ‘bullying.’

That’s the wrong way to look at this.  Condemning bullying is easy and simple and most people, Krause and a few quislings included, without lifting an intellectual finger, can jump on that bandwagon enthusiastically.

How was I able to determine that the the speaker would be a liberal worried about the ‘obesity’ epidemic?

Come on folks.  Open your eyes.

Just as a simple example, consider this story that I read just today about the USDA encouraging parents to introduce crappy food that kids don’t like at home, so that they will eat them at school.

And why is our government ‘waging war’ on obesity?  Consider a bit of news that I heard on WIZM just a few weeks ago:  Wisconsin obesity rate among adults on the rise, study finds

Trust for America’s Health released a state-by-state study titled “F as in Fat: How Obesity Threatens America’s Future 2012,” which found the obesity rate among Wisconsin adults could be 56.3 percent by 2030. In 2011, 27.7 percent of the state’s adults were obese.

The report found the increase in obesity is expected to contribute toward higher disease rates and health care costs, which the report said might rise by 14.7 percent by 2030.

So there you have it.  Health care costs are out of control, and since–thanks to Obamacare and other Nanny-state initiatives–we the people have to foot the bill for all those fat people, we the people have got to intervene.

The report outlined various recommendations to implement and said the government should be involved in ensuring citizens stay healthy.  […]

Hmmm.  It almost sounds like all this is going on right now, right?

What does atheism, secular humanism, and liberalism have to do with this?  That’s kind of my point.  It has a lot to do with it, but rarely do we see the connections.  This is an opportunity to connect the dots.

It’s very simple.  Atheists and secular humanists believe this world is all there is.  Liberalism is composed predominantly of people such as these.  They feel duty bound, therefore, to make this world the best it can be.   In their quest to perfect society, they (quite sincerely and with good intentions) believe they not only have the right, but the moral imperative (IRONY ALERT!) to impose their charitable aspirations on the rest of humanity.

And our government is filled with these people.  They are everywhere.  They are well-meaning, but they have every intention to MICRO MANAGE YOU TO DEATH.  80% of our Federal government is named Kenneth W. Krause.

And YOU probably elected the people who put these people into positions of power and influence.

YOU allow one intrusive measure after another, because who could be against X, Y, and Z?

YOU probably bought into the idea that the government needs to provide everyone with health care, and the nanny state ninnies, knowing full well the scope of the problem set before them, began thinking about all the different ways that YOU are costing the state.  They’ve been tasked–BY YOU–to make the hard decisions required in order to provide everyone with ‘free health care.’  You don’t like the school lunches.  You think Nanny Bloomberg is over the top banning (fill in the blank).  You don’t like (fill in the blank).

Tough.  This is what you asked for, this is what you’re getting.  If you give people like Kenneth W. Krause access to the levers of power to do ‘good’ as they see fit, this is the sort of thing that is going to happen.  For your own good, of course; and the common good–because remember, society has to pay for your costly behaviors.  You would be selfish to speak out against their actions, ya know?  And obviously, we should call attention to people being selfish.

It is ironic than that this is all being seen through the prism of ‘bullying.’

When one person calls another person fat, that is bullying.  When the government calls two thirds of America’s citizenry fat, we call that being ‘socially concerned.’  Who elected this government?  We the people.  If Kenneth Krause is a bully, so is the government, and so are all the people who told the government it was ‘ok’ to involve itself in every area of our lives.  We are all bullies now.

If Krause and the hundreds of thousands of government bureaucrats that think just like him are right, then the tiniest details related to how our behaviors impact the ‘State’ must be brought under scrutiny, and offensive behaviors singled out for criticism.  If I’m right, there are things more important than the State;  namely, the individual.  The individual should be able to do whatever the heck he or she wants and then the individual should HAVE THE RIGHT to accept the consequences of their actions and decisions, all on their own.

But why should anyone care about the ‘state’ more than the individual?

The things are connected.  It is all connected.  People who believe that this life is all that there is (read: your typical progressive) believe that society embodies the only thing of lasting value.  The individual is transitory, the State persists.  People who believe this therefore tend to gravitate to places where they can ‘tweak’ the State for the ‘common good.’  Whatever YOUR good intentions are, when you vote for things like “free” health care, you put people like Kenneth Krause in power.  That’s just the fact, Jack.

This isn’t about bullying.  Krause only did what the people in our government are doing every day.  And who elected the people who put those people there?  That makes you and I the real bully.

But if you believe that the individual is what persists, and the State will fade away, then you know that one can only push things so far in the name of the ‘common good.’  You won’t try to micro-manage your fellow man.  What we see in this story is that we enjoy the idea of micro-managing our fellow man for the ‘common good’ in the abstract, if we see it applied to a specific person or topic, or to oneself, one doesn’t like it very much.

But you can’t have one without the other.  You can’t complain about the micro-managers while electing them and giving them the power to micro-manage.  That makes no sense whatsoever.

If that describes YOU, then that suggests very strongly that it is your worldview that needs adjusting.  You’ve got a golden opportunity to make that adjustment in under a month.

An E-Book by Anthony Horvath: 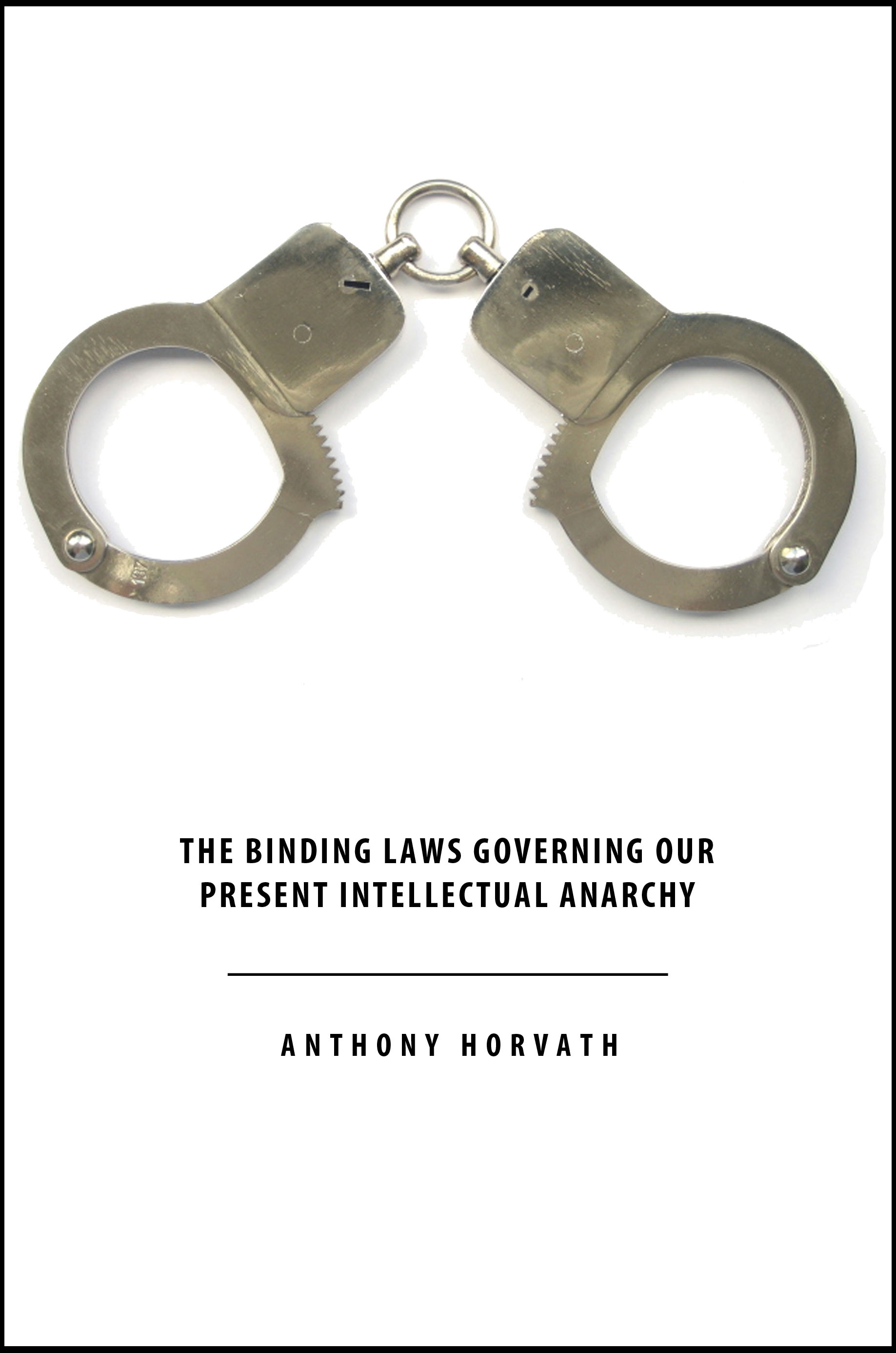