Do your part for the economy: have fewer kids, abort if necessary

NBC’s The Last Templar: A Christian Review and Response

NBC’s The Last Templar has concluded just now.  Sort of a The Da Vinci Code warmed over and softened up to be more palatable to believers, I have to confess I didn’t really enjoy the show.  I have no idea how close the movie resembles the book it is derived from, so I’m going to stick the blame on the writers of the show.  🙂  I’m sure they thought that they were doing us all a favor, dangling this document that could disprove Christianity in front of our noses only to have it destroyed before anyone could read it:  thus preserving faith.

But you did me no favors, The Last Templar.  The idea that faith is important in its own right quite apart from the facts and evidence is an understanding of ‘faith’ common to liberal believers and a certain brand of fundamentalists.  Both extremes have in common this idea that faith is by definition indifferent to facts.  That is why you can have scholars like John Dominic Crossan running around insisting that they, too, are Christians, even though they have done all in their power to strip Christianity from any claim to actual truth.  And why not?  A mystical belief in God and a view of all humans as God’s children is all that is required, right?  This perspective is what fuels the skeptic’s accusation that ‘faith’ is not merely belief in absence of the facts, but even in spite of the facts.

Near the end, when Tess (the skeptic turned ‘believer’) is confronted by Bill (Richard Dawkins at age 70) I almost thought the show was going to break some new ground.  Bill is convinced that the ‘Gospel of Yeshua’ (that’s Jesus, friends) will give Jesus’ account and confirm that he was only a man, was ever only a man.  Tess retorts something to the effect, “How do you know if you haven’t even read it?”

Now that would have been something, because the common atheistic take is that any historical discovery will only serve to undermine Christianity.  The truth is that discoveries continue to vindicate Christianity.  ‘Discoveries’ like the ‘Gospel of Judas’ are trotted out with fanfare as bringing down Christianity but always after people have a look for themselves (if they look, that is) Christianity remains strong.  No one seems to wonder what would happen if something popped up that destroyed atheism or gnosticism!

There is material they could have used.  For example, though roundly characterized as fraudulent, there is extant a correspondence between Jesus and the King of Odessa.  We are told in the New Testament of the existence of other letters, such as another from Paul to the Corinthians and from Paul to the Laodiceans.   What if these had been uncovered?  What if manuscript evidence corroborating the full text of the James Ossuary was discovered?  Or, what if the Shroud of Turin was scientifically proven to be Jesus’s? You get the idea. 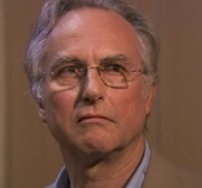 Instead, in a scuffle, Bill, foaming at the mouth appropriate to his character, falls to his death and the Gospel of Yeshua is lost to the waves forever.  Wonderful, right?  Faith is preserved!  We never get to hear whether or not this Gospel vindicated or destroyed Christianity.  Instead, we get to hear why religion is ‘good.’  Like, ‘it brings people hope.’  Who cares?  If a particular religion brings people hope but is false, I want no part in it.

Skeptics will of course think the movie is all against them.  The Dawkins lookalike won’t help, and the portrayal of Bill as a power hungry, frothing at the mouth humanist, won’t go down well.  But seeing as the movie stops short from actually disproving the man’s accusations I think the skeptics came out ok.  In the Last Templar one almost gets the idea that the best Christians are those who don’t have the audacity to think their religion is true and instead admit simply that ‘it gives them comfort.’

That is not my kind of Christianity.

In conclusion, while it was nice to hear an exploration into ancient lore that didn’t devolve into snide dismissals of Christianity and Christians as fact, I didn’t think the show really did either Christianity or Christians a favor.  The rock bottom question was still left untouched:  Is Christianity True?  I guess we did get a little bit of a bone thrown our way with the apparent confirmation that at least God exists and prayer ‘works.’  But that is only half way there as far as Christianity goes.

It almost seems that if there is ever going to be a story where a conspiracy unfolds and Christianity rises in fierce vindication at the end, I’m going to have to write it myself.