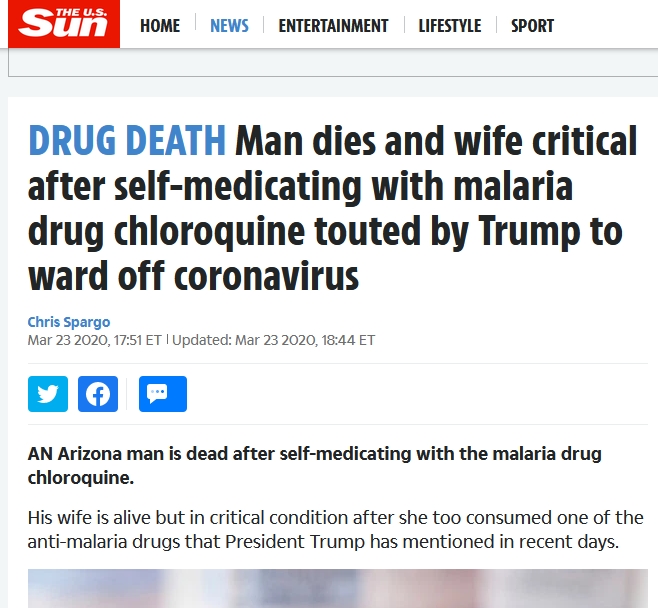 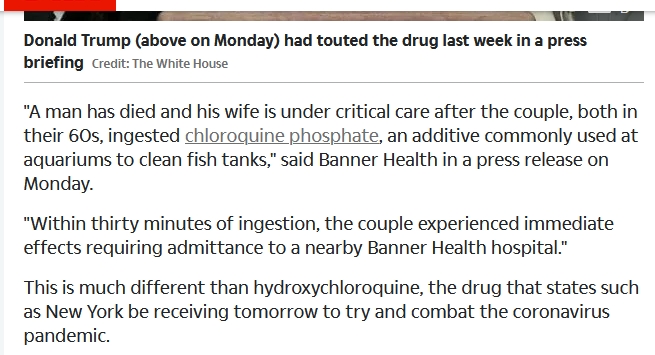 So, did the man die after self-medicating on the malaria drug chloroquine touted by Trump?!?!?!?!?!?!?!

NO HE DID NOT.

And that, my friends, is fake news.

I should mention that Trump said nothing about ‘self-medicating’, too.   So, the attempt to implicate Trump in this person’s death–which is transparently what it is about–fails on that count, too.

I assume that even the most hyper-partisan person can see how dishonest this is, but then, it was published in the first place, so…

Now for the real question:  how much of the OTHER stuff you believe… yes, even about Trump… is flat out false?

Trump Jr put it mildly in the article: