Gay Expectations for the Christian and Gay Marriage

Well, honestly I’m about gay-ed out, but with SCOTUS about to rule on the constitutionality of a half dozen state constitutional amendments, etc, and almost certainly against them and in favor of gay ‘marriage’, I wanted to take just one minute to consider the implications and draw some lessons… for the Christian.

On the off chance that SCOTUS rules in favor of the states, let me submit that if it does not do so based strictly on the fact that its none of their business in the first place, it is a hollow, and temporary, victory.  What I have to say here still stands, because the people advocating for gay ‘marriage’ are of a particular sort:  they will pursue their agenda forever and ever, at any cost, at any price; they really would see the village burned in order to ‘save’ it; a scorched earth policy is just fine by them; they are not above actual violence, coercion and subversive behavior, and truly have no qualms against going around parents to co-opt the children–this will be intensified.  Since they’ve already had success with this strategy, its hard to see them changing course.  They will be back, and bitter.  (For a good glimpse into their modus operandi, check out this article.)

So let us first draw a lesson, here.  Unlike our opponents, Christians endeavor to play by the rules.  They are slow to act (too slow, usually) but when they put their backs to it, they gathered up the votes, in state after state, and managed to pass state laws, pass voter-initiated propositions, and even state constitutional amendments.  Insofar as ‘gay marriage’ is concerned, much more was accomplished–nay, much more was attempted–than was ever tried with abortion on demand.   55 million unborn humans dead, and to this day the best we can do is tiptoe around the issue in our state legislatures, considering it a victory if we pass something as modest as ‘pain capable’ bills which, while I certainly support, will only save a few thousand each year, while hundreds of thousands will still perish.  In fairness, this is due in part to the fact that there was a broader base of support for ‘traditional’ marriage.  Even liberals backed ‘traditional’ marriage.  Even states dominated by liberals, such as California, passed amendments to state constitutions in support of ‘traditional’ marriage.  (That’s because ‘traditional marriage’ is intuitively self-evident, for reasons I’ll mention below.)

As I document on this page, a vast majority of the states, and a vast majority of this country’s population, opposed gay marriage and put its money where its mouth was.  This was done because the writing was on the wall and you only had to be modestly astute to recognize that if gay marriage were going to be stopped in this country (or in a given state), the highest fortifications would have to be built.  State constitutional amendments would be required.

But it was all for nothing.

Playing by the rules did not work, because the other side does not play by the rules.  The other side is happy to re-write them on the fly, according to the necessities of the situation.  They call this ‘progress.’

Does this mean, then, that Christians should stop playing by the rules?  Nope.

It is a stark reminder, I believe, of the nature of reality.  We are in enemy controlled territory.  This world is not our home.  This world will all be consumed in fire; only that which can survive the flames will last.  The laws of this country (if we can even call them laws, anymore) will not survive the furnace-blast.  Our church buildings will melt along with the government buildings.  Only that which was meant for immortality will last… the people.

It was understandable, but ultimately wrong-headed to expect worldly people to follow a plan that has as its source, the other-worldly.  In fact, my study of the question shows that every institution set up by the Christians in the 1800s has in fact been turned against us.  Giving the government the keys to manage the family was like giving a robber a stick to beat you with.  The Christian founders of Harvard and Yale died and were replaced, steadily, by people who did not care about the original vision for those institutions.  Similarly, the intentions and necessities that prompted governmental involvement in the family did not survive the generations–how could they?  Government-work tends to attract those who view this world as the eternal thing, rather than the people.  I am happy to concede that many of these are very sincere and even genuinely benevolent, but they still insist on ‘perfecting’ the Titanic; a ship destined for a watery grave.

The traditional family is important.  It should be fought for, no doubt.  Broken families breed broken people, and insofar as it is within our power to prevent it, we do not wish to see more broken people. People were made by God in His image whether they like it or not.  They scoff at this at their own risk.  But every person will answer for their own deeds.  It is not our job to establish the institution of the family, because the institution of the family is part of the created order.  It is not our plan, but God’s plan.  It is our job to live according to that plan, to the best of our ability.

A common sentiment I hear from non-believers is that if Christians cared about traditional marriage, they wouldn’t avail themselves so much of divorce.

Divorce is something that God hates–he says so in the book of Malachi.  Jesus himself repudiates it.  Moses allowed it, but only because fallen humanity made it an unavoidable evil.  I think Christians today feel this same tension themselves:  if we won’t take a stand, ourselves, and resist divorce, who are we to judge vis a vis ‘gay marriage’, etc.  And of course, since many Christians are divorced, it can be very convicting to talk about such things. 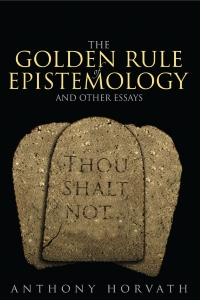 But let’s be frank and honest.  Set aside the guilt you may feel as you read this if you got a divorce and ask yourself this, instead:  was the dissolution of your marriage painless or painful?  Was it easy or hard?  Did it create loads of angst, or did it not?  Were your children shaken by the experience, or did it have no impact on them whatsoever?  I myself grew up in a divorced household, and I can answer these questions personally by saying it was a pretty crappy experience, as a child.

So, now I ask you, setting guilt aside, as a matter of policy do you think we (as Christians) should be promoting healthy, intact families, or not?  We may have failed in the attempt, but did that make the attempt any less wise?  Perhaps we may wish to further reflect on how we go about finding our partners in the first place, and raising our families, and so on.  Why do we turn to the world for relationship advice? It was, in fact, progressives that brought us divorce-on-demand, not Christians, and has this been for the better?  I dare say no!

But falling in with this scheme has compromised our witness, compromised our own spiritual and emotional health (and sometimes physical health, STDs, etc), and hurt our children.  Let the worldly take care of their own children as they see fit–we have different marching orders.  But, when people cannot tell the difference between God’s plan and the world’s plan, to what light will those in the world look to, as it drops further into darkness?

Losing the battle on ‘gay marriage’ should be a stark reminder that this world is not our world.  The worldly fight for the world tooth and nail because it, literally, is all they’ve got.  We cannot fight their fights in the same way that they fight them.  We can, however, fight tooth and nail for the health and well-being of our own families, minding our own business, and seeing to it that as the Titanic goes down, our own children, at least, are on the lifeboats.

If anyone is interested, I published an essay explaining why Christians can’t support gay marriage, despite Jesus allegedly not addressing it, in my recently released book, “The Golden Rule Of Epistemology.”