Somewhere, there is someone with a gun… protecting your freedoms

Should States Decide Which Lives are Worth More than Others? A response to Jaime King’s Article In Nature Magazine

The premises that drive gun control advocates are all false, which is why the well-meaning ones will always fail in their efforts.  As I argue in this recent blog post, all people will die.   What can be worse than death?  Why waste time fighting guns when we should be fighting death?  The answer is easy enough;  at present, no one believes that anything can be done about the problem of ‘death.’  One solution has been put forward, but it has terms that many reject (Christianity).  If anyone seriously proposed getting rid of death, the error would be obvious and no one would give it another thought.  It is as impossible to prevent people from trying to kill large groups of other people as it is to end death.  It cannot be done.  It is less as obvious, but it is nonetheless just as true.  They’ve done it with swords, they’ve done it with bombs, they’ve done it with poison, they’ve done it with machetes, they’ve done it with cars.  For every successful mass slaughter there are dozens of attempts.  So it is, so it will always be.

Like any other true thing, there are an infinite variety of false contentions.  If the assertion is “George Washington was the first president of the United States” there are an infinite number of false variations, such as “George Clooney was the first president.”   Because of the number of false, rival explanations for why people try to slaughter each other, I cannot possibly address all of them.  However, there is one general explanation commonly accepted by gun control advocates, which we will loosely describe as liberal secular humanism.  These folks tend to be atheists, but even when they aren’t, they are virtually indistinguishable from materialists in their politics.  On their mechanist view, we are not souls, we are machines.  ‘Meat’ machines, but machines, nonetheless.

From this point of view, then, everything is an object.  The system is a collection of objects.  A gun is an object.  A person is a thing.  A person is a complicated thing, to be sure, but it is still just a thing.  The brain and mind are one and the same: stuff.  If a machine is not running properly because sand keeps getting into it, the solution is simple enough:  remove the sand.  The idea that the machine itself is intentionally clogging up its own works is unfathomable on this view.  If the machine does such a thing, then that means that there is a gear out of whack somewhere that just needs to be tinkered with.  For the liberal secular humanist, this means giving out anti-psychotic drugs, increasing the bureaucratic reach of this ‘expert’ or that ‘expert,’ and passing laws.  But we aren’t machines.  The problem is not physical, it is spiritual.  Hence, no non-spiritual solution is possible.

Far from being an exception, the question is just a subset of every other issue humanity grapples when one person attempts to coexist with another person without killing each other.

Take for example the laws against driving under the influence in the United States.  Presumably, the reader knows that typically, many more people die in car accidents every year than are killed by guns.  Here are some sobering facts:

According to the National Highway Traffic Safety Administration (NHTSA) 32,885 people died in traffic crashes in 2010 in the United States (latest figures available), including an estimated 10,228 people who died in drunk driving crashes, accounting for 31% of all traffic deaths last year.

Now, don’t we have laws against drunk driving?  And yet it is the case that people are still driving drunk, and killing people while doing so.  What then is the purpose of the law?  In the main, it is useless as a deterrent.  At best, the law is going to be applicable for enforcement purposes.  After someone breaks the law–and by now I think any sober-minded person knows the law will be broken!–it can be used to give a proper punishment.

Would I then be prepared to dispense with laws against drinking and driving?  Yea, pretty much.  It’s kind of like the laws against texting;  we already have laws against distracted driving, what is the point of creating one more law that is a subset of that?  We also have laws against harming and killing people.  If someone behaves recklessly, they should be punished appropriately.  Stop letting people off for third, fifth, and tenth violations, until the inevitable death that comes.  And when they do kill someone, if they themselves survive, I think execution should be on the table.  Now that would be a deterrent–for some.  There would still be people who drive drunk.  Should the rest of us be prohibited from driving?  No, and no one believes that, but if they were logical, they would.  (It would not surprise me, though, if there were liberals who do believe this–although maybe for other reasons, like ‘saving the earth.’)

It is not my purpose to press that particular point, but rather to note that in attempting to deal with the problem of people driving drunk, they did take the logic out a little ways:  they restricted the right of sensible, law-abiding people to drive with an opened can of beer in their car.  In other words, society does what they always do when faced with human nature as it really is:  it refused to accept human nature as it really was and instead passed laws that put restrictions on the people who needed those restrictions the least.

Wonder of wonder, drunk driving fatalities still persist.  What’s the next step?  Perhaps we should try to get rid of alcohol altogether?  Let’s just prohibit all alcoholic beverages…

Oh wait… that was tried.  It failed miserably.  It turned otherwise law abiding people into law breakers overnight.   Worse, the people who were already inclined to disregard the laws of the land saw an opportunity, and seized it.  It created crime syndicates that probably persist to this day.  It took the honest, sensible people out of the business of alcohol creation and distribution and left only the criminals.   The law generated even more lawlessness.

No one should have been surprised by this outcome but of course the progressives of the era were shocked, just shocked, by it.  They were proceeding under a false premise:  that removing the object from the system of objects would clear up the problem forthwith.  No thing is at the heart of humanity’s problems.  You can remove one ‘thing’ and something else will rush into the vacuum.  So it was, so it is, so it always will be.

I would like to then close with some observations.  First of all, I observe that those who believe that people are objects, that the system/state is a machine made of sub-machines, that tweaking external circumstances will remedy all our problems, always put forth proposals that eliminate and diminish freedoms from the very people who east need to have those freedoms addressed.    I secondly note that their proposals always fail in ending the problem they aim to resolve and succeed in taking away the liberties of their fellow man.

Finally, I return to the question:  “Is there anything worse than death?’

As a Christian, I answer that in the affirmative, of course.   But not counting the eternal realities I believe are facing us, I still believe that even temporally, the answer is a resounding yes.  The 20th century saw one attempt after another of people trying to ‘tweak the machine’ to produce the perfect society, the perfect state.   These people gravitated to the levers of power that would give them the ability to do this.  Not only did their every attempt fail to create Utopia but they found that they needed to lubricate their machine in the blood of the masses to make any ‘progress’ at all.  Whatever harm your random mass shooter has done, it pales in comparison to the well-meaning men and women of the 20th century who managed to slay hundreds of millions of people, just as today the government of Syria has killed some 40,000 of its own in just the span of a few months.  And when they weren’t stacking bodies, they were shoving people into gulags and enslaving the rest.  Yes, there are things worse than death.

No proposal for managing guns that does not take these realities into account is worth considering.  They will only serve to take away liberties from people who are the least worrisome and embolden those who are of most concern.  If you want to really address the ‘mass shooter’ problem, then you should be thinking about how to move people from the latter category into the former.  All else is futile at best, and a recipe for a nightmare at worst.

And how does one move people from one category into the other?  By first acknowledging that people are fallen spirits.  But I have a feeling there isn’t much interest in going that direction.  That has implications that modern man finds more intolerable than the deaths of innocents in our nation’s schoolyards.

Another article that expresses similar ideas, although much more powerfully, is this one, which I highly commend. 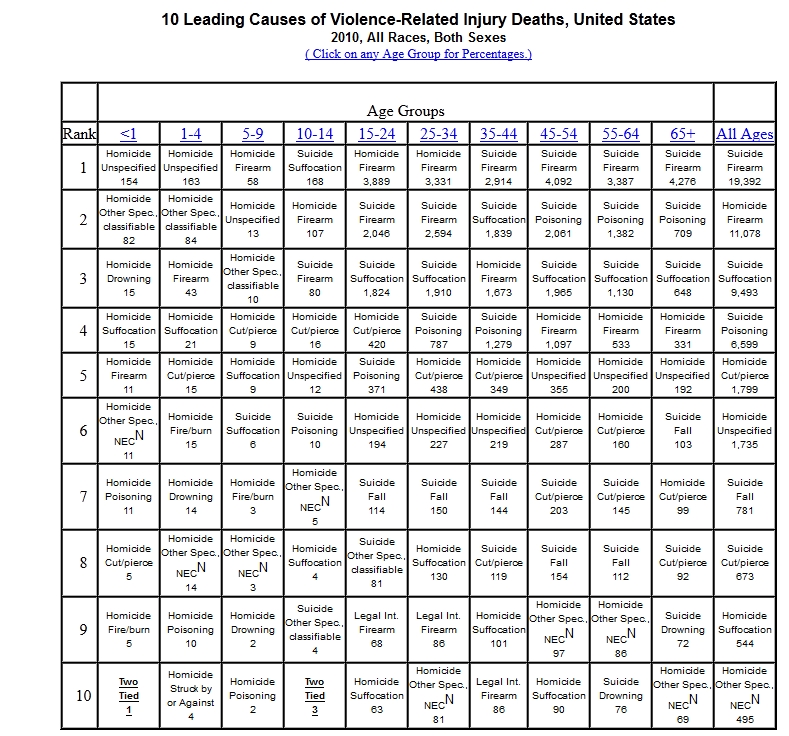