Mainly attributed to the followers of Karl Marx and Friedrich Engels' movement in the mid-19th century, political and economic doctrine that aims to replace private property and a profit-based economy with public ownership and communal control of at least the major means of production and the natural resources of a society. Communism is thus a form of socialism— a higher and more advanced form. Russia's Vladimir Lenin asserted that socialism corresponds to Marx’s first phase of communist society and communism proper to the second. Lenin and the Bolshevik wing of the Russian Social-Democratic Workers’ Party reinforced this distinction in 1918, the year after they seized power in Russia, by taking the name All-Russian Communist Party. Since then, communism has been largely, if not exclusively, identified with the form of political and economic organization developed in the Soviet Union and adopted subsequently in the People’s Republic of China and other countries ruled by communist parties. For much of the 20th century, in fact, about one-third of the world’s population lived under communist regimes. These regimes were characterized by the rule of a single party that tolerated no opposition and little dissent. Meanwhile, North Korea, the last bastion of old Soviet-style communism, is an isolated and repressive regime. Long deprived of Soviet sponsorship and subsidies, Cuba and Vietnam have been reaching out diplomatically and seeking foreign investment in their increasingly market-oriented economies, but politically both remain single-party communist states. Whether anyone will lead a new movement to build a communist society on Marxist lines remains to be seen.

The Fatality Rate for Life is 100% – The Poor You Will Have Always, and Also Death

Today is humanity’s annual reminder that the case fatality rate for life is 100%. By all and any various means, each of us will die, and no mitigation measure or scientific breakthrough will allow any of us to escape this result. There is, however, a whisper of a ‘cure,’ a rumor, if you will, of a Doctor who licked Death, and now offers his own antibodies to those who seek Him. This is your annual reminder that many who seek claim they have found and now feel they have Good reason to Hope. … continue reading...

Your Beliefs are a Threat to the State Itself 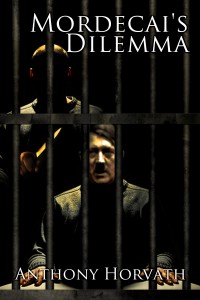 Christianity has always been considered a threat to governments, because it maintains that individuals answer first and foremost to God–and by ‘individuals’ we also mean those running the governments.

Rome led things off, even going so far as to accuse Christians of being atheists, for not being willing to give sacrifices to the gods.  Just one problem:  one of those gods was the emperor himself.  Despite being the best possible citizens one could have, Christians were deemed a threat to the integrity of the state itself.  I document and discuss this thoroughly in this long treatment I wrote awhile … continue reading...

This morning I posted a lengthy post on the Jaffe Memo, a document provided by a vice-president of Planned Parenthood in 1969.  This memo has been making its rounds because it advocates for the encouragement of homosexuality, forced abortions, adding sterilants to the water supply, and so on and so forth.  All this, from an organization that we are told advocates for “women’s health” and “freedom.”

Of course, anyone who has studied Planned Parenthood knows that this is a crock.  It was always about population control and enriching elitists.  In the Jaffe Memo, they are uncharacteristically honest about it.  Read … continue reading...