A country in Central and Western Europe between the Baltic and North seas to the north and the Alps to the south. It is second most populous country in Europe after Russia, with 83 million inhabitants. Its government is federal parliamentary republic led by a chancellor, which is currently Angela Merkel. It is one of the worst hit countries by the pandemic, according to statistics. However, only 1,107 deaths (4.7% death rate, 95.3% recovery rate) are recorded so far since February 15, 2020, where coronavirus is expected to be at its peak (1st and 2nd week of April). According to experts, Germany’s case fatality rate is so low due to its widespread testing. This means that this country very rapidly rolled out testing to a very large number of people, relative to the population, in the very early stages of the pandemic crisis. Germany is among the country who leads most tests administered per capita (estimated 2,023 per million people). This is what lead the country to control the spread of the disease and isolate those who are infected. It is worth noting that Germany also did decisive actions to secure their border to prevent any more people from the outside part of the country to come in possibly infected by the disease.

Flu vaccine to blame for Italy’s numbers? What about New York’s?

Italy is still withering away after almost 3 weeks of a complete shut down of their entire country.  As of this writing, they have 11,591 deaths and a deaths/million people of 192.  Now, I know what you’re thinking.  How is it that after three weeks of a total shut down of their entire country and massive social distancing restrictions, they still have thousands of new cases a day (4,050 today) and almost a thousand deaths a day (812 today)?

Right?  Because total shut downs and massive social distancing restrictions is supposed to save us.  Those are the key to our … continue reading...

Contrary to what some people may think, I have not objected to the quarantine and stay at home orders in principle.  I don’t object to the ‘flattening the curve’ argument.  However, details matter, and so do limits.  Facts matter.  Truth matters.  Reality matters.   So, with the ‘flattening the curve’ argument, you don’t just get to make it as if it gives you carte blanche to do anything you want for however long you want to do it.  What you actually have to do is show, how IN FACT, a health provider network risks being overwhelmed.  This means producing numbers, figures, … continue reading... 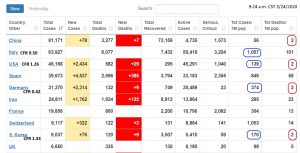 About a week ago, I drilled into the incessant, breathless panic-mongering that led to our entire nation’s response being pegged to the ‘possibility’ that we would end up like Italy–all the while ignoring the fact that there were other possibilities, too.  Why might we not end up like Germany?  Or South Korea?

Don’t people know that we had our first confirmed case of coronavirus before Italy?  Instead of asserting that “WE WILL BE LIKE ITALY! AAAAAAAAAAAAH!” why not ask “Why is Italy so different than the US?”  Clearly, its not the evidence which is forcing us to choose Italy as … continue reading... 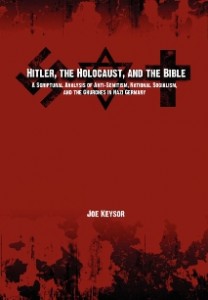 Full Disclosure:  it is my ministry’s publishing company that is releasing this book.