What Does Atheism Become? 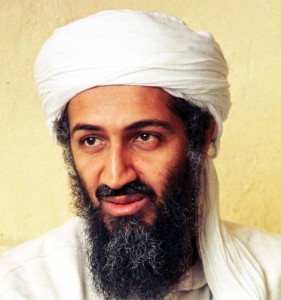 About five years ago I published a collection of essays that is no longer available for purchase.  The collection is titled after the essay below.  It is not, as far as I know, something I’ve published elsewhere.  I was thinking of it recently and decided it should be dusted off.  It seems as relevant today as when I first wrote it.

That Which Atheism Becomes

Some might say that I just like to argue. The truth is that I believe that ideas have consequences and some consequences are more severe than others. Arguing, or more precisely, debating, these ideas … continue reading...

Tips that Atheists can use for Understanding the Bible

When I was a high school religion teacher I ran into a bit of trouble because, for the final exam, I expected the students to be able to recall facts from the Bible that we had covered that semester.  Yes, I know.  If it had been chemistry class, recalling chemistry facts covered in the semester would have been an obvious thing to have on the exam.  I think the reason there was resistance to requiring that students know biblical facts is because a lot of people- even parents of kids in Christian schools- don’t actually think the Bible is true.  … continue reading...

A Nation Held Hostage to Islam

I just posted this column at The Cypress Times and in the meantime, contributor Kathy posted her own post here at Sntjohnny.com which I thought had a lot of good points.  Click on her link to read what she had to say.  Click ‘read more’ below to finish reading my column.

This thing down in Florida where a pastor of a congregation not much bigger than my thumbnail has threatened to burn korans has reached the heights of absurdity. Pastor Jone’s one long publicity stunt has paid off in spades. It has attracted all kinds of attention. Even Obama has … continue reading...

The Epistemological Bottleneck And God’s Respect for Human Inquiry

One of the enduring criticisms against Christianity is that it is anti-knowledge, education, and learning.  This blog has taken aim at this criticism before, most notably taking Richard Dawkins to task for his misuse of an Augustine quote ostensibly about ‘curiosity.’  I currently have an open challenge to Dawkins to repudiate his use of that quote.

In point of fact, these anti-knowledge criticisms really only began with the rise of the Fundamentalists and this in turn was spurred on by the rise of Darwinism.  Even the shallowest of research will reveal that Christians have been at the forefront of investigation, … continue reading...

Episcopal Priest Told She Can’t be Muslim And Christian

The Christian Post this morning has a bit about an Episcopal priest who claimed to be ‘100% Christian and 100% Muslim’ being ‘defrocked.’

A brief quote from the article:

Convinced that her new Muslim faith did not contradict her beliefs as a Christ follower, Redding declared she was both a Muslim and a Christian.

“Both religions say there’s only one God,” Redding said, according to CNN, “and that God is the same God. It’s very clear we are talking about the same God! So I haven’t shifted my allegiance.”

She also said she does not believe that God and Jesus … continue reading...

Prelude to an Argument for Christianity: The Jewish People

It took a few years after my personal battle with atheism for me to realize the importance of Jesus’ Jewishness in understanding Christianity- and defending it.  The character of the Jewish people at that time is well documented by both the Old Testament and extra-biblical sources.  Some things about Christianity, or perhaps more precisely, the New Testament, make no sense apart from the Jewish context that it arose in.  The brief video presentation below is not an argument for Christianity but rather foundation laying for such an argument.  Everyone loves a puzzle!  Puzzle me this- how has the Jewish nation … continue reading...

Should you care about the question of God’s existence?

[having spotted me reading a book titled Introduction to Biblical Interpretation]

Today’s Notes: Moral Equivalency on 9-11, Qualification: Did not have an Abortion, Pro-life Blogs

Yesterday I was approved to be on the pro-life blogsite, www.prolifeblogs.com.  Welcome to anyone arriving on my site from there.  I invite you to see what I am about and my somewhat unique approach to the abortion issue.

The South Carolina chairwoman of the Democrat party said yesterday that Sarah Palin’s “primary qualification seems to be that she hasn’t had an abortion.”  This has apparently inspired a firestorm but this is an observation that was made in the conservative camp already from the reverse:  that in the liberal (feminist) mind, Sarah’s primary disqualification was that she hasn’t had an … continue reading...

It is not uncommon to hear skeptics dismissing Christian arguments on the assumption that Christians in fact operate on the same principles as skeptics, only they don’t apply that skepticism to their own beliefs.  So, a skeptic might say that he disbelieves in God for the same reasons why Christians don’t believe in pixies, fairies, Zeus, Thor, etc.  This is famously expressed in the statement, “We’re all atheists, I just believe in one less god than you do.”  Here is an essay by Dan Barker making the argument.  This reasoning surfaces on my forums pretty frequently, too.

Review: Where are all the Brothers? by Eric C. Redmond

A review of Where are all the Brothers?  Straight Answers to Men’s Questions About the Church. Buy from Amazon.com for $9.99

In this unique book, Pastor Eric Redmond confronts the important question of “Where are the black men in the African-American church?” with a candid approach that combines wisdom with a conversational tone.

Instead of side-stepping issues, Redmond converses with readers about some of their reasons for not going to church—the church seems geared toward women, the preacher is just an ordinary man, Islam appears to offer more for the black man, organized … continue reading...

The Kenyan Violence was NOT related to Islam?

In a few previous posts I have discussed the violence in Kenya, noting in particular the burning of a church with dozens of people purposefully trapped inside.   The news reported the burning and other violent acts but it was surprisingly quiet about who was engaging in the violence and precisely what the motives were.  This led me to ask a friend who I knew had been in Kenya for a time and who I knew was still receiving updates.  In fact, it was through these updates (from Christian missionaries) that I first became aware of the church burning.

The Growth of the Early Church: A Testimony Believed. Martyrs for what they saw not what they believed.

The Growth of the Early Church: A Testimony Believed.

This essay was written in response to challenges to demonstrate that the early Christians died because of their testimony, and their unwillingness to reject their testimony. In other words, they believed that they had actually seen certain events, and chose to die rather than deny what they had seen. Contrast with an event like 9-11, where we talk about 19 Muslims flying into the towers ‘because of their beliefs.’ I will contend in this essay that the early martyrs were driven on by what they witnessed with their own eyes- externally- … continue reading...

Update on Kenya: Muslims and Islam Behind the Madness?

Last week I posted some information about the Kenya church burnings. I wondered what the point was in burning down churches because of an election controversy, and in particular burning them with dozens of people trapped inside. I have sought more information and haven’t received it, but my friend Don Hank turned up information that this was a Muslim attack on Christians, or at least, their facilities. In his article on Worldnetdaily.com taking the media to task for being silent on this affair, he includes a link to this blog: http://directorblue.blogspot.com.

On DirectorBlue I finally learn that Raila Oding … continue reading...

I don’t suppose you’ve read about the British teacher in the Sudan who allowed a student named Mohammed to name his teddy bear Mohammed. She was in danger of getting flogged but now she will only spend 15 days in jail, guilty on the charge of insulting religion and inciting hatred. As that article explains, there were also people who wanted her killed. Hmmm. I guess I won’t say which object around my house I’ve given a certain name.

Now, meanwhile, there are thousands of atheists looking at this incident and thinking to themselves, “See, religion. It is all … continue reading...