It is a term used to refer collectively to the various large mass news media that influence many people, and both reflect and shape prevailing currents of thought. In the United States, mainstream media refers to outlets who, in the most part, push biased reporting towards conservatives or peddling liberal propaganda to discredit Republicans most of the time. These outlets are as follows: - CNN - MSNBC - NY Times - Washington Post - ABC News - CBS News - The Daily Beast - Media Matters for America - Vox and more.. Currently, these said mainstream media outlets are focused on one thing and one thing only, destroy Donald J. Trump's reputation. The liberal media have made an art form out of digging up controversial tweets to attack ordinary Americans who support President Trump, and now that they are being given a dose of their own medicine, they have discovered that they do not like the taste. The American people have taken notice of the increasingly shrill left wing echo chamber in the press, and they are starting to get fed up with “news” headlines that simply parrot Democratic Party talking points. The American people equates mainstream media as tools for the opposition that greatly divides the country. However, you can definitively say that no American fall prey to that. Most of the Americans now believe that keeping America great is the way to go.

Coronavirus: “I fear all we have done is to awaken a sleeping giant and fill him with a terrible resolve.” 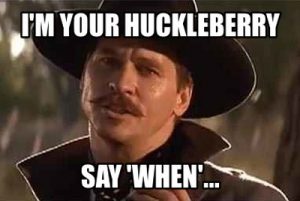 If you read my posts on the topic of the coronavirus so far… and I mean all of them, not just cherry picking them… I think you will find that I have attempted consistently to apportion my viewpoint to the actual facts on the ground and have, in the main, pretty well correctly described what was happening and what would happen.  However, my relative ‘optimism’ is not accounted for merely by reference to the fact pattern associated with COVID-19.  There are reasons besides, as well, which I’d like to share with you in this post.

In the first place, there … continue reading...

Every June, we run a donor drive.  In getting this year’s ready, I noted that my typical proviso that ACM is not tax-exempt had more significance than in previous years.

Over the last few weeks we have been regaled with case after case of conservative, Christian, anti-Obama, anti-Obama agenda organizations that have been targeted by the IRS.  Quite coincidentally, this began before the 2012 election.  This suppression has been public knowledge for several years, but the mainstream media, quite coincidentally, didn’t think it worth reporting on.  Nonetheless, despite the fact that it was all completely unintentional, there probably was an … continue reading...

I wasn’t really going to say anything about the whole ‘the auto execs flew on their private jets while begging for money’ thing, as absurd as the coverage was, but when I saw today that the automobile CEOs are driving to DC in their hybrids instead of flying this time I just burned inside with the lunacy of it and had to tell someone what I think.  Since there is no one around, you, my faithful readers, must endure.

This is just stupid.  I am getting tired of these media generated firestorms.  As a case in point, the same media … continue reading...